Atlantic City – December 8, 1990 – On this night Don King Productions and Trump Plaza brought you an eight-bout boxing card named “The Hard Way Back” – Tyson vs. Stewart. 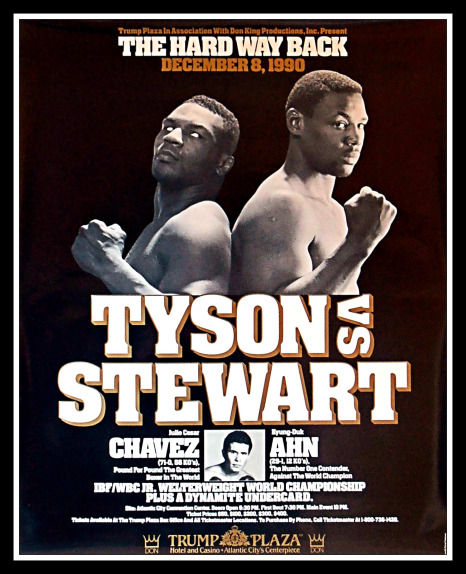 Coming off of a 1st round KO six months earlier over Henry Tilman, Mike Tyson looked to keep up his winning ways against the tough Alex Stewart.

It was Tyson’s second bout since his shock loss to Buster Douglas in Tokyo ten months earlier.

Tyson scored three knockdowns en route to a 1st round TKO at the 2:27 mark.

It was Tyson’s thirteenth appearance in an Atlantic City ring…and, unfortunately, his last.

Chavez scored two knockdowns in the second round and one in the third en route to a TKO victory at 2:14 of the third round.

Tyrell Biggs registered a 10 round unanimous decision over Rodolfo Marin