Atlantic City — Boxing has long been thought of as a man’s sport, but there is the belief that behind every great man is indeed that great woman.

The fight game is no different as there have been quite a few women who have turned the notion of female contribution to an undeniable fact. Big or small, their involvement has contributed in making boxing’s world go around.

The Atlantic City Boxing Hall of Fame looks to spotlight these women who have brought such light to the sport with a monthly acknowledgment and show of appreciation. 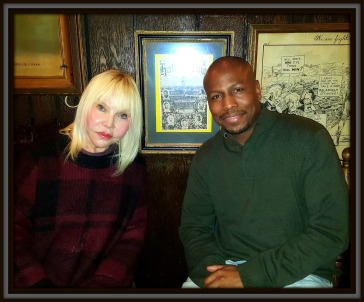 For years now, the Pub has been a destination spot for many boxing dignitaries and fans alike. It’s the spot where boxing history is told and Cathy is one person who takes pride in digging into her mental and physical archives to become one of boxing’s best storytellers and historians.

From personalities like Mike Tyson to Joe DiMaggio, so many people have walked thru the doors of the Pub, which was built in 1900. Cathy and her husband, Richard, became the third proprietors, taking over ownership in the summer of 1972. A love for sports, particularly boxing, grew within the following forty plus years

She gives all the credit for her fight introduction to the late Jack Fiske, who as sportswriter for the San Francisco Chronicle for over forty years, was known as the west coast’s voice of boxing. Cathy says, “He had one of the greatest collections of memorabilia in the world and was a walking statistician because of his love for the sport. He would take me to the fights and sit ringside writing, and like an old black and white Richard Widmark movie with his cigar in his mouth, would say, ‘Don’t ever take your eyes off of the ring, because you never know what you are going to miss.’ “

Cathy never took her eye off of the sport as a whole, ultimately developing a dedication. Cathy has held boxing fundraisers, but has also organized memorials for boxing dignitaries, like the late Budd Schulberg. She developed a friendship with the wife of “Sugar” Ray Robinson after she gave her a pair of diamond cuff links owned by the P4P Great for auction. 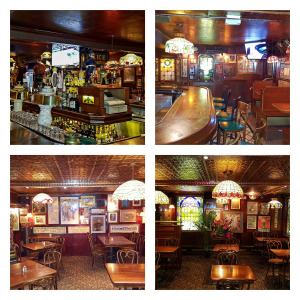 With close friendships with boxing dignitaries, especially the writers, Cathy makes note of the difference in past versus present, saying, “Many writers and people who cover the fights nowadays don’t even bother telling the story about the fighter and who they are. I mean, people love a good story and that is why so many people became fans in the first place. It’s not just their achievements in the ring, but also their achievements in life and what they have overcome.”

Remembering the Hunger of Yesteryear

Then again she makes note of the difference in the fighter mentality of today and yesteryear, stating, “Fighters do seem to have lost their hunger…literally.” She explains, “Boxing has been an outlet and up-lifter for almost every ethnic group in our history. Whether it was the early Irish – the Jews – the Italian or the African-American, you went in that ring as a form of survival and to feed your families. Fighters of today don’t have or use that same type of motivation nowadays.”

But still she has remained a definite fan and follower of the sport. It is its history that keeps her drawn to boxing. You can see it when you walk through The Pub, where memorabilia of the Sweet Science is all around. You can see how The Pub draws boxing people after every card, but also how it has served as a place for quite a few greats to have rested their heads.

When asked how the Pub became so popular, Cathy simply replied, “The boxing world made it their headquarters. I don’t think there is any kind of advertising or promoting where you can say, well this is what we are. Ultimately it’s what you create; it’s the atmosphere; it’s the people that congregate in your place that defines the perception that the public will have of your business.”

Come through and experience Cathy at Atlantic City’s Irish Pub…You just may learn some boxing history.

Disclaimer: All content provided on this blog is for informational purposes only. The Atlantic City Boxing Hall of Fame is not liable for any errors or omissions in this information. Any opinions or inquiries that you may have you can forward them to Rob Scott at robscottxl@msn.com